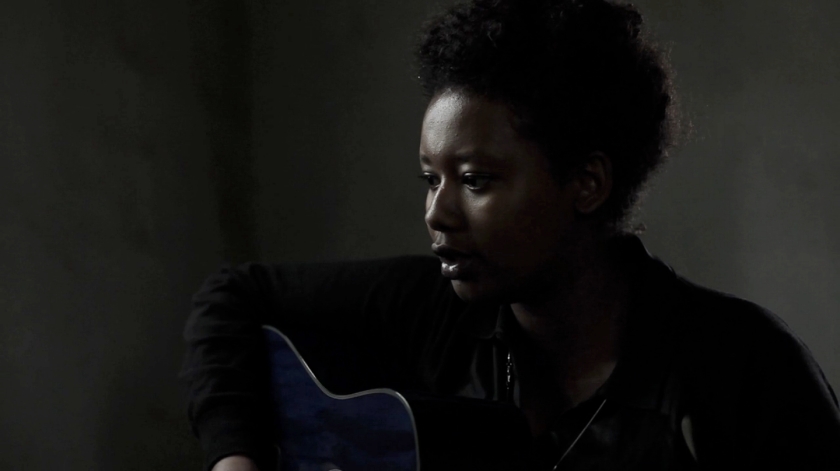 Inspired by my recent obsession, Mirel Wagner, and by my last first day of classes at university tomorrow, which is as haunting as anything I know.
But hey, silver linings!: I’ll finally be able to return/check out my books and the dining halls are going to have the “Golden Jewels” quinoa blend for dinner, which makes my little soul a happy clam.

Mirel Wagner:  Via Spotify: “Singer/songwriter Mirel Wagner’s gothic folk recalls a rich tradition of brooding lyricists from Billie Holiday to Leonard Cohen to Hope Sandoval while crafting a sound uniquely her own.  Born in Ethiopia and raised in Espoo, Finland, Wagner first took up music at age seven.”  I briefly considered renaming this post “Brooding Lady Lyricists” but felt like ‘brooding’ was a bit too derogatory for the concept I’m going for.  The first song of her’s I heard was Oak Tree, but since then I’ve found love for The Dirt, Goodnight, The Road, No Death, and probably many more to come!
*Emphases my own

Fleetwood Mac:  I’m out of my depth here and I know it. Fleetwood Mac has had many years and traversed many different musical styles.  But I’m referring most (I think) to the more soft rock style of vocalist Stevie Nicks, and songs like Rhiannon, Landslide, and Dreams. (In that order 😉 )

k.d. lang‘s Hallelujah, but only that one song?
My Mom hates that song. I love it because it’s beautiful and gorgeous even if there are misogynistic undertones that I would rather ignore.  My first clear memory of hearing it is in Shrek, although obviously that’s not lang’s, which a friend used for a ballroom performance.

Seinabo Sey is another only one song entry but I absolutely adore Sorry so she stays.  Spotify states the following: “Sweden’s Seinabo Sey is a soulful R&B– and electropop- influenced vocalist and songwriter.” I much prefer her soulful to her electropop, but I seem to be widely alone in that.

Dad makes fun of me for loving Cat Power‘s Wild is the Wind, but it’s so beautiful.  Spotify calls her songs emotionally revealing and her style soulful and idiosyncratic, revealing both strength and fragility.  So I think I’m in the right on this one, because all of that sounds pretty appealing. Do you hear the sound of mandolins?

But he cries at 10,000 Miles by Mary Chapin Carpenter, so it’s okay.  I love the song.  I first became acquainted with it as a soundtrack to Fly Away Home, so it reminds me of geese in flight and New England in the fall, which is all lovely.

Agnes Obel is queen.  She is a Danish singer/songwriter and so remarkably interesting. I’m reading her Spotify bio.  She took up piano at a very young age (her mother is a classical musician) but later started drawing inspiration from jazz artists.  Her cited inspirations run the gamut from Claude DeBussy to PJ Harvey.  I have a girl crush on her, or at least on her taste in music, because it’s rare to find someone who’s preferences are as eclectic as my own. It makes me feel less unreasonable!  “Pure, austere, and remarkable poised,” a “pristine mix of instrumentals and atmospheric, melancholy balladry.”  Recommending Fuel to Fire in particular.

Esperanza Spalding:  Do you know how much I love every version of the Chim Chim Cheree? No, you don’t, because you only care about yourself. Kidding, kidding! But I think Esperanza knows my love.  Most of her songs are too upbeat jazz-y to be really considered haunting (or ‘brooding’), but her rendition of Chim Chim Cheree is so cool and smoky.

Fiona Apple, for making versions of Pure Imagination and Sally’s Song that I don’t feel ashamed and childish listening to.  Instead I feel like a mysterious grown woman with hidden depths.

Billie Holiday: It would be unpardonable to omit Billie Holiday, who had oceans of haunting late night chansons in her repertoire (Gloomy Sunday and Strange Fruit anyone?).  Also have to appreciate her femme fatale flower of choice, the gardenia.  Also- Billie Holiday had a very tumultuous life and tragic early depth.  Just thinking of the attenuated life of the woman behind the poignant songs is all the more heart-clenching.

Melody Gardot: Specifically Burying My Troubles. I find the majority of her music too upbeat to be haunting, which is astonishing when you consider that she nearly died in a hit and run before becoming a great musical artist. Her success came to her amid struggles with the results of the accident- a hypersensitivity to light and noise and a need for a TENS device to assist in alleviating neuralgic pain.

Phildel is a British pianist and songwriter from London who fled a very strict home life at seventeen (music was forbidden) to pursue her dreams.  The Wolf and Storm Song are favorites of mine.