We give girls flower names all the time but boys are really rarely named after botanical things- particular botanical things as frilly and fecund as flowers.  Even though when you get down to it, flowers have both lady-parts and man-parts.

Not that I’m advocating naming your young boy something like Candytuft. Don’t name a girl Candytuft either.  Or Ranunculus.

Candytuft and Ranunculus aside, I think there are profound unplumbed depths in flower names. Especially for boys and especially in English, because I don’t know about where you are, but America is very annoyingly anti-feminine.
Flower names can be both sensitive and strong, so in the interest of equal opportunity naming, here are some of my favorites that I think would suit little boys (and eventually men and granddads) to a tee.

Allium: Onions are in the Allium family, and so are those amazing Doctor Seuss-esque ball flowers. Call him Al when you’re with your stodgy and conservative relatives from the Midwest. 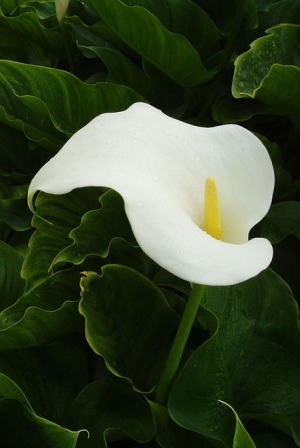 Arum: An Arum is a type of lily. Given it’s similarity to Aaron, this name has a fairly masculine feel.

Aster: Asters are those small purple star-like flowers that bloom in the late summer. The name is related to star, with the same root as astro-, and feminine name Estelle. The plant is part of the daisy family and the aster is also a structure that assists in cell division.

Chrysanth: Another name given to Chrysanthemums (and not so so long that you’re boy ends up as troubled as the protagonist in the Kevin Henkes story). But if that is a problem, you’ve already got the easy nickname Chris.  Given the similarity to Christopher, this one, like Arum, is not too far out there. On the other hand: chrysanthemums are flowers of mourning in France, so be aware. 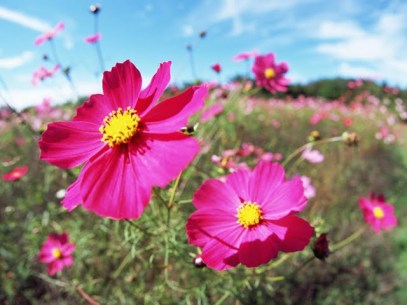 Cosmos: Like Cosmo, but a flower or a television show with Carl Sagan (who I always used to want to call Cosmo). Also brings to mind the BEST CHARACTER in Singing’ In the Rain. I LOVE YOU DONALD O’CONNOR!

Flor and Florian: These two are more pan-floral, since they refer to flowers as a whole, rather than one specific bloom. I’m a big fan of the Spanish Flor (which is also used for double-X chromosome people), but Florian gets the nickname Florrie or Flurry, so that’s adorable.

Gentian: Gentian for the little gentleman. So cute. Gentian violet is a lovely flower and the name is pretty masculine-leaning unisex. Or change it to Gentiana for a feminine take on the name. 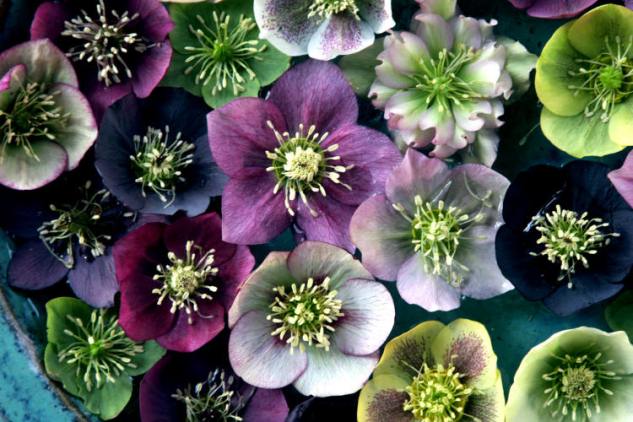 Hellebore: It’s like your son is a character in Shakespeare or mythology (and I promise this is as over the top as I’m going to get)! Hellebore could be a lovely name for a winter baby because the plant is an evergreen member of the Ranunculus family. It’s also got lots of cool legends tied to it (do check them out) and in witchcraft is believed to have uses for summoning demons. But if you’d consider giving your son the name Hellebore, that could potentially be in your plus column.

Hyacinth and Jacinto: Hyacinth is leaning feminine these days, though in Greek mythology he was a ‘beautiful male youth loved by Apollo’. Spoiler: Appolo accidentally kills him (potentially with the interference of the jealous wind god Zephyr) and creates the eponymous flower in his memory. And I’ve loved the Spanish variant Jacinto since I watched Guillermo del Toro’s Devil’s Backbone. 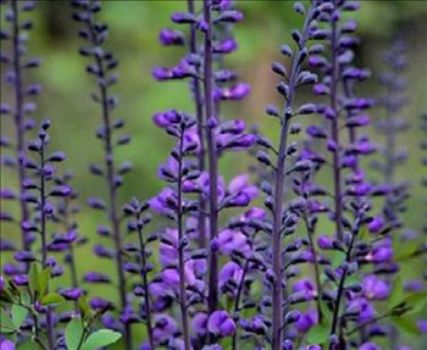 Indigo: Indigo dye comes from the indigo plant, so this is also a color name. And more widely known as a color. Cute and Harrison Ford-reminiscent nickname Indie. The scientific name, Baptisia, would be lovely on a girl.

Lupin or Lupine: Lupines are one of my most favorite flowers but damn are they difficult to grow. Maybe growing a baby would be easier. I could be like on of those people who names their dog ‘Five Miles’ and says “I’m going to walk Five Miles.” Except in this case “I’ve got to go and take care of my Lupine.” The name may remind you of Remus Lupin from Harry Potter, but the name has also been used for male characters in books written by Charles Dickens and Victor Hugo.

Narcissus or Narciso: Okay, get over the narcissist associations for a second. I think Spanish Narciso helps add to that distance. Narciso is a sharp name and quite possibly my favorite on this list.

Oleander: Leander is already a boy’s name, so the super-toxic Oleander should be a no-brainer. Nickname potential abounds. Call him Ollie. Call him Leo. Call him Ander. Call him Der. Don’t call him Der.

Phlox: Such a lovely plant, creeping or otherwise. And similar to the currently popular Fox (of which I’m incidentally not a fan). Teach your child early that PH- make the F- sound.

Rosario: Is Rosario a girl’s name? Is it a boy’s name? Trick question- names don’t have private parts. Put it on your baby! It sounds more masculine than the other Rose names anyway.

Senna: Mom has some Senna in the yard at home. And though it annoys me to admit it, the name Cinna from the Hunger Games series has probably made this more acceptable to the modern ear and thus more wearable for a kiddo.

Yarrow: Yarrow, it’s the plant that looks like Queen Anne’s Lace but isn’t. A very strong sound with all of those hard vowels. Is there a reason I feel like this might be a Game of Thrones name? Someone tell me, I’ve never watched it.

What’s next the next name post I should do? Maybe virtue names for boys, since we seem to put the onus of being good people on the women in this society?