Okay, let’s just get the best-dressed, all-around star of the Red Carpet out of the way first.

Objectively the best, agreed? He’s actually showing up a few (many) of the grown men. His grooming is definitely far beyond Casey Affleck’s.  The tux is on point, the shoes are super cool, and his personality is glowing out.  Sunny Pawer is my favorite.

I’m starting with the Men’s Red Carpet because its the most boring.  The Oscars seem to inspire people to play it safe because it’s such an important night in the world of Hollywood so people are so worried to make missteps.
Witness Justin Timberlake, Andrew Garfield, John Legend, Lucas Hedges, Viggo Mortensen, and the boys to men of Moonlight.  All of them look pretty flawless but they could all switch suits in the bathroom and I would be none the wiser.  Hell, maybe they did. 😛 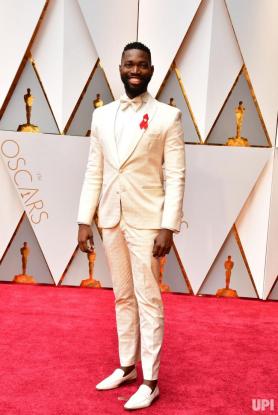 Who wins this three-way dead match? The Good, the Bad, and the Ugly style showdown.  Figuratively, because none of them are bad or ugly.  Tarell would win handily if his shoes weren’t a contrasting white. Because I want so much for I’m to wear velvet loafers matching his lapel decoration! Should Dev Patel win, because his Mom was the most beautiful woman on the Red Carpet? Do click on them individually to see them more closely.  They deserve it, your eyes will be pleased.

David Oyelowo wins for the contrast (and the power stance!)

Though in some ways it doesn’t work for me, I have so much respect for Terrence Howard for wearing that silk robe-jacket. 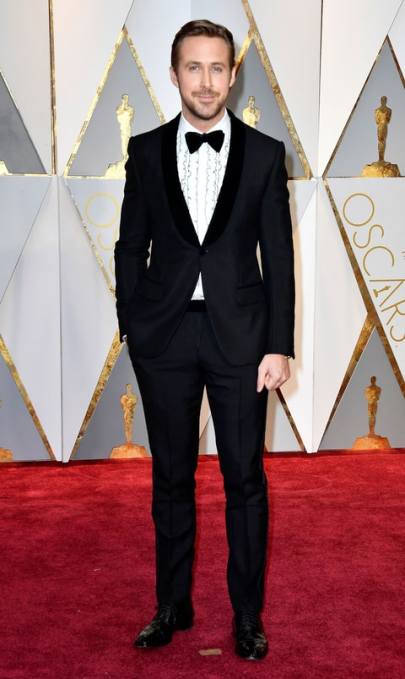 Forever the Coolest: Pharrell. He’s wearing tails! Jealous. You would think there would be a disconnect between Pharrell and Chanel, but every appearance it somehow works out. 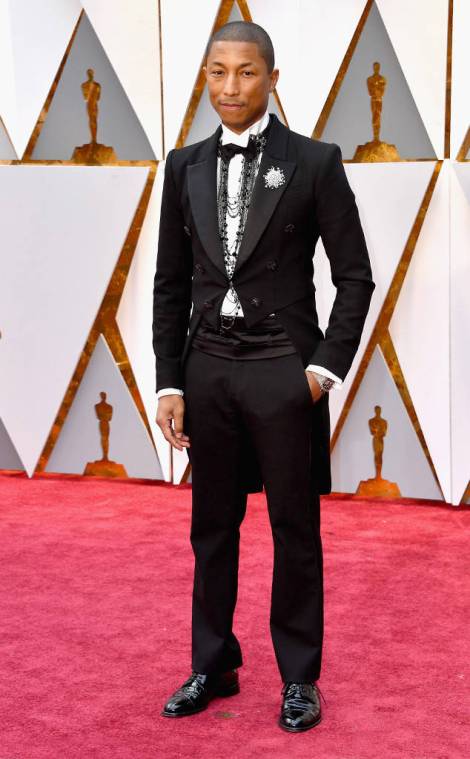 Happy-Nerdy-Cool: Barry Jenkins. Barry, your film won! You look awesome. I bet I would look great in those glasses. 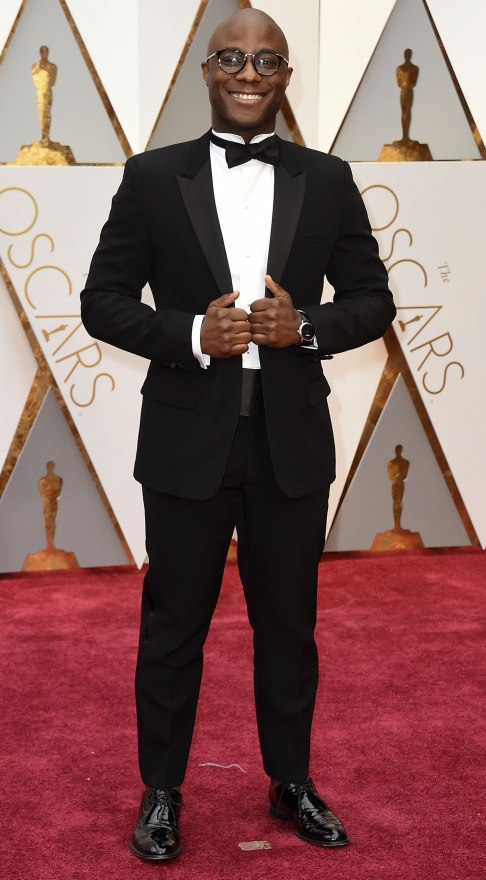 My Other Favorite: Riz Ahmed
Riz your suit is so colorful blue pretty! And you’re so well-coiffed! Your eyes are sensitive and your hands look soft. That got weird.
But hey, tuxedo!

Submit to the female gaze tuxedo-ed people!
Thank you for your cooperation 🙂