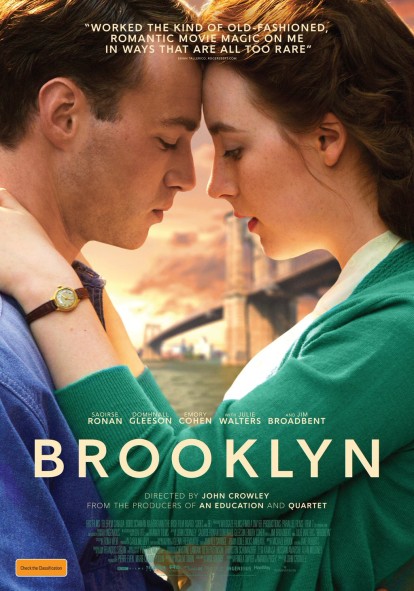 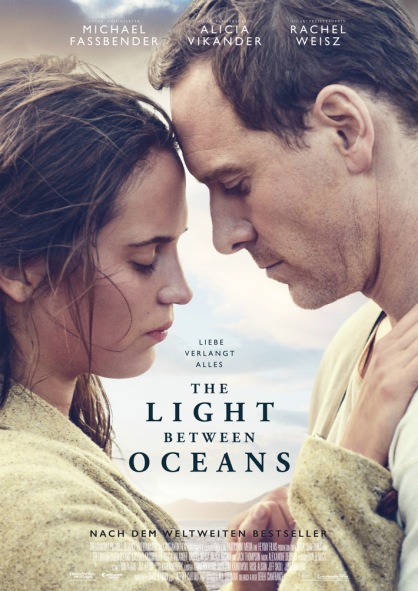 I recently (over spring break) watched Brooklyn (2015) starring Saoirse Ronan (today was my first day back at university and in classes. It’s absolutely dreary and wet, but at least my cat is happy to be back in the dorms and away from the annoying kittens at the homestead).  Elements of Brooklyn strongly recalled another movie I saw just a few months ago that was released about a year after Brooklyn, and that I watched in my mad dash to get through 2016’s primary mainstream film releases.  That would be The Light Between Oceans, starring Alicia Vikander and Michael Fassbender.

On the surface the subjects aren’t super similar. Sure, IMDb classified both as Drama/Romances (accurate), but one is about the experience of a young Irish immigrant to Brooklyn while the other follows a married couple who ‘steal’ (stumble upon?) a baby.

But I have strong grounds for thinking that if you like one, you’re also quite likely to enjoy the other.  So hear me out.
And now of course I’m going to have to tiptoe around how the two follow similar paths without giving anything away about what those paths actually are. I promise, no spoilers!

The least hazardous topic first: Both of these films feature great wardrobes.  Saoirse Ronan’s bright dresses, separates, and sportswear are polished and accurately retro 1950s.  They’re also used to illustrate her transformations as she travels between her home country of Ireland and her adopted American city.  Eilis’s (the character’s name, sorry, pronounced eye-lish) clothes reflect what’s going on in her life and ground other people’s responses to her.
The Light Between Oceans is a beautifully filmed and atmospheric movie with sunshot themes of characters in plain-colored clothing with lots of texture- floaty shifts, woven shirts, and gorgeous knitwear that I had to mention to Mom the next time I called her on the phone (Mom’s a knitter).

But there are far more important ways than wardrobe in which the films feel tied together for me.  Both stories focus on isolation, the experience of being an outcast and trying to work your way toward the life you most desire.  And then when you think you may have found the way to reach your destination, that’s when the questions come up: Who truly am I? What lengths am I willing to go to be this person, to achieve the life I envision?  Characters struggling with identity, being different people in different places, thwarting convention and behaving badly to reach this end goal of the life they want.
And making very human (which is to say very shitty, idiotic, and messy) errors in judgment.  But don’t we all? And honestly I sometimes enjoy watching other people make those mistakes- it’s a pleasant respite from dealing with the fallout of my own 😛

Also water as a motif to separate different settings and their respective identities- a trick as old as time.

Between the two I prefer The Light Between Oceans, though it’s been less well-received, critically.  I’m inclined to believe that this is because most people frown on baby stealing more than I do. (I do frown on baby stealing, but also can definitely empathize)(this is not an admission and should not be used against me as evidence in any future situations).  It’s something I’ve joked about with my friends for ages and babies are just so cute!  So I come at the movie with less disbelief than I guess a lot of people do.  The Light Between Oceans also has elements of suspense (I am a slave for suspense), a glorious setting that whetted my wanderlust (I looked up lighthouse real estate), beautiful cinematography, and a rather attractive Michael Fassbender.