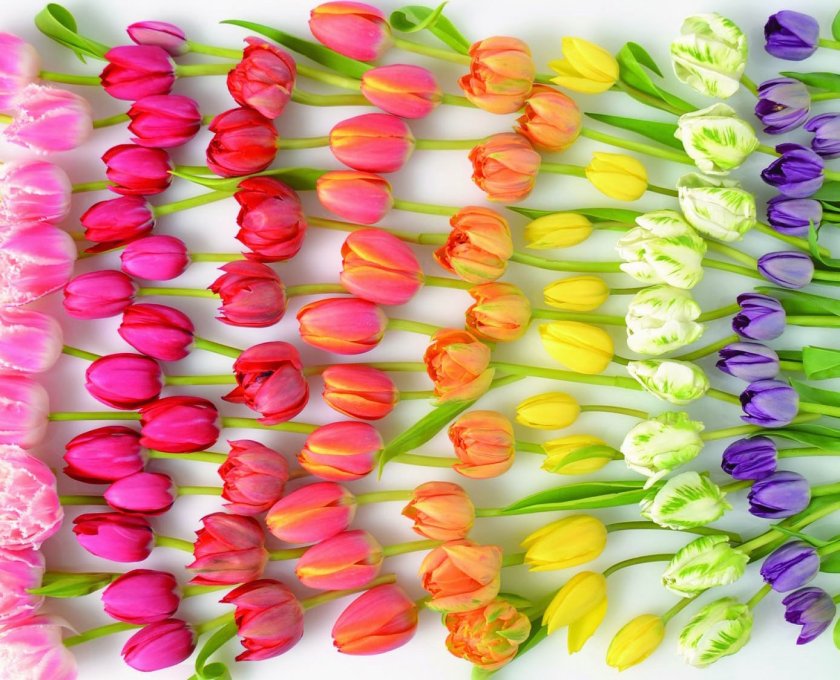 This is my new desktop for the month of April! Isn’t it lovely? (And not at all in line with the cold wind we have in New Haven or the sloppy snow I’m hearing about from Boston, but hopefully it will be more appropriate by the end of this month).
The photograph is from this delightful-looking book, Encyclopedia of Rainbows.

I always feel like March is the month that pasts the fastest, although logically you’d think it would be February.  Maybe March feels like such a flash because you’re bolted into it from February and before you know it it’s already rolling.  It might just be a matter of personal history for me; March was the month that it first occurred to me how quickly time passes.  I have a distinct memory of some time in Elementary school- I think second grade- sitting on the big communal rug, watching the teacher flip the calendar and contemplating the lightning-quick passage of the month of March.
Anyway, I’m thinking of doing two list posts a month because I seem to accumulate way too many interesting links in a span of thirty days to compose a normal length post. Any thoughts? Do you enjoy these random excursions into the internet, or should I cut down my number of links?
But that’s a question for a different month (May? Is it really so close as all that?), for now, buckle your seat belts.

Let’s start with politics so we can shunt them out of our brains, however temporarily.

ICE is ambushing and arresting green card applicants at their citizenship appointments, which is a dick move.  Read about it here.  Here is some excellent information (in the form of an animation) on how to be a better ally.

And now to the politics-adjacent:
What if Donald Trump’s win is just as much a tragic and unrequited love story as it is a tragedy?

How to defend against the overly aggressive DT-handshake. Self-defense is important.

Conservative Christian Republican gets rightfully dragged on Instagram for wearing a shirt with a Ru Paul’s drag race saying (“Not Today, Satan”, you may have heard it) in spite of being openly anti-LGBTQ in her governing choices.

Speaking of LGBTQ rights, Yelp is making it possible to find businesses with gender-neutral bathrooms. I’m glad there are some companies making efforts to accommodate trans and otherwise-identifying people… until gender-neutral services are the norm.

~And now the non-politics~
Relief.

“If you could change your face or body and become perfectly beautiful, and you were young enough for it to affect your whole life, would you?”
I’m honestly still rolling this one around in my head four days later, and I truly don’t know. I’d need a whole post to hash out the pros and cons. What do you think?

A book-swapping book club, kind of an excellent idea. And it really appeals to me because I would still decide what I would read, rather than be subjected to the whims of a group.

It’s odd, I remember reading years ago this woman’s article on Assad that she talks about as the cause of her termination from Vogue. My dad, who spent a fair amount of time in the Middle East when he was younger, talked to me about why it was problematic.  She sounds fairly interesting and I’m interested in the book she’s releasing.

People in interracial relationships on the experience of watching Get Out together. Have you seen it?

You know I’m a fan of illustrations: this series of women swimming is so calm and profound.

What would I do without Reductress and this advice on how to defend myself from catching feelings? Hint: it involves fire.

A stunning tour of Anna Wintour’s garden. I want to be friends with that landscape artist, she seems amazing.

A ‘daddy blog’ and the shit advice working dads would get if we treated them like women.

I know a few people who would be fans of this new kind of socializing- introducing the nap hangout. Pretty genius.

Who is your ULTIMATE FRENCH LOVER? I got some sports man. And which BADASS WOMAN in history are you? I’m Malala. Super-flattered.

Cultural appropriation and hoop earrings. Be aware of where your fashion references are coming from.

The autistic Sesame Street muppet, Julia, makes me want to cry with happiness.

I told you! The Hygge Effect! It’s a thing! And the beauty industry is cashing in on it! Be aware of how they’re manipulating you! (And then, you know, maybe treat yourself anyway, but be aware).

Can we please start labeling things as prick flicks? It would save me so much time. Thank you, Gloria Steinem. Funny and on point.

This ingeniously designed company, WOOLN. Get your very own grandma-made sweater. They’re so cute! (And the sweaters are nice too 😉 )

Home kitchens versus restaurants in Italy. They both seem so valuable, I hope they can find a way to coexist.

A mass grave found at a former Catholic orphanage in Ireland. Very eerie. Chiefly remains buried in the 1950s.

Speaking of eerie and dead children, do you think a name can be haunted? Someone wrote into Swistle asking if it was acceptable to use the name Arthur if two distant relatives given the name had died in infancy. I say yes, but because I’m very superstitious I wouldn’t do it myself.

3 thoughts on “A Shower of April Links”