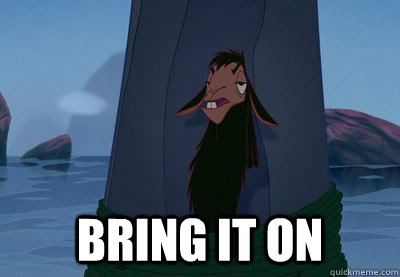 I’m showing off my Disney knowledge again, this time with princes! (You can see my Disney Princess Showdown here!)  Just so you get an idea, on the most recent time-wasting Disney trivia quiz I took (this morning, it has been 0 days since my last stupid quiz) I got 97% (I can’t help it if I didn’t know the voice actor who played Kuzco, expecting too much of me).
It’s harder to rank Disney’s princes because unlike the princesses, they don’t really follow a cohesive pattern from the beginning of animated movie times to the present.  The earliest princes were essentially non-entities who only came around for a quick smooch at the end. Prostitutes, basically.  (I kid)(Kind of.)  And then the later princes come with character development because we stopped feeling so comfortable with marrying people we had just meant and umm…. necrophilia?  So this is just a highly highly subjective “report card” for all of the Disney princes I could think of. Subjective like all grade scales. I’m at university, I know.
(Love the curve, live the curve).

Prince Ferdinand, Snow White: D
Baby-faced Prince Ferdinand is such a non-entity that you probably didn’t even know that his name is Ferdinand. He sings once in the beginning (OOOONNNNEEE SOOOOONNGGGG I HAVE BUT OOOONNNEEE SOOOONNNGGG- it’s actually pretty marvelous), disappears and then comes back to kiss ‘dead’ Snow White (ewww, it’s a bit late for that, my friend). She should have married one of the dwarves. Or all of the dwarves, that seems more like how they roll.

Bambi, Bambi: A
I just honestly can’t really think of anything to complain about regarding Bambi. He’s an adorable little fawn who frolics with his bunny and skunk friends. Do you remember him trying to ice skate as a baby? And then he becomes a handsome buck who isn’t afraid of romance/commitment (all the hopping around on clouds and such) and is very brave (the very scary fire scene).  Bonus: he can jump long distances, kind of like Batman.

Prince Charming, Cinderella: C
He would get a D like Ferdinand if I hadn’t run into this brilliant captioning yesterday. It makes the story so much more sympathetic and explains the highly fashionable epaulets.  Maybe Prince Charming doesn’t have a foot fetish.  In fact! Maybe he’s not an ass with no facial recognition- maybe he was just too dazzled by Cinderella’s gorgeous dress to have a crystal clear memory of her face. But this is all interpretation- so C.

Prince Philip, Sleeping Beauty: B
Prince Philip is the best of the classic Disney princes. Need convincing? He has an animal friend (I’m forgetting his horse’s name) and a close relationship with his adorably plump father. He’s perfectly willing to sing and dance with random women in the woods (as long as they’ve met before, mind you) which appeals to me as a fellow dancer.  Additionally, he plays a more active roll than Charming and Ferdinand (namely being imprisoned and slaying a dragon (which is too bad because Maleficent is truly relatable)).  He’s cute, he has a jaunty hat, and he makes real progress toward having an actual personality.
Downside: Kissing unconscious people.  That is assault.

Arthur, The Sword in the Stone: F
No. This is such an uncomfortable film with really weird things to say about… women? The only female character is Mad Madam Mim (let’s not even go there) and the poor squirrel (or other rodent, I haven’t watched this in a few years and I don’t plan to ever watch it again) who falls deeply in love with Arthur/Wart (who knows why) and who he treats quite rudely.  There are a lot of squirrels in the world, and they will come for you, Arthur.
Also I believe they’re planning a live action remake- to which I ask, “Why?”

Mowgli, The Jungle Book: C
Mowgli’s a bit of a disobedient moron and Bagheera deserves better.

Prince Eric, The Little Mermaid: B/C
There’s an excellent meme that explains the big problem with Prince Eric. To paraphrase said meme, he finds a mute woman washed up on the beach and thinks “Seems legit, I’ll put a ring on it”? Have to question that logic.  He also likes Ursula in human form (Vanessa), which suggests that he’s lacking in intuition. On the whole, despite being handsome and having a beautiful dog, Eric has some VERY problematic judgment.

Beast/Adam, Beauty and the Beast: D
He doesn’t have animal friends, he has a bunch of servants that he’s caused to be cursed into interior decor forms and what’s more, they’re all afraid of him. Adam takes hostages and is 18th century French nobility.  All of these are sure signs of at best obliviousness and at worst an utter lack of compassion for the struggles of those around him.  He and Belle probably were beheaded come 1789.
Belle is swayed by his money and he’s like “That’s totes fine, I wouldn’t like me for my personality either.”

Aladdin, Aladdin: A/B
Worrisome tendencies toward kleptomania, anarchy, and dishonesty, but otherwise everything checks out.

Simba, The Lion King: C
Simba is a danger-prone whiner who may not get his Dad killed but tries his damnedest to throughout his childhood (Remember the elephant graveyard? Yeah, that seems like a fun place to play even though both your Dad and you creepy uncle FORBADE IT).  And then he runs away to smoke marijuana with Timon and Pumba while his family- his entire pride- is tyrannized over by a murderer and his ravenous hyenas.  But no, he’s too busy searching his soul and agonizing to be a useful member of the savannah. Step it up Simba.  Nala, get yourself a man like Rafiki.

Hercules, Hercules: A/B
Who put the glad in gladiator?  Were there even gladiators in Greece? I though that was a Roman thing.  Hercules is pretty awesome.  He is respectful of women, heroic, driven, and overcomes his obstacles.  He has a good singing voice and a pegasus.  Why doesn’t he get an A? His obsession with external approval as a marker of his godliness.  Reminds me of Jesus Christ Superstar a bit.
Also his kneecaps, those things are creepy.

Shang, Mulan: C
He refuses to put on the womenswear at the end, jeopardizing the entire mission out of his personal vanity and sexism. SHAME.
But attractive, skilled in the martial arts, and a good singer.  Get in touch with your feminine side, Shang. It won’t bite.

Flick, A Bug’s Life: B
Flick gets credit for being a sort of ‘mad inventor’ type, which I appreciate as a human (or ant) quality because it reminds me of dear old Dad (who got me a build-your-own-trebuchet kit one Christmas).  Flick also sticks it to the man/grasshopper and some of his plans are kind of ingenious. However, he’s also a bumbler (Hi Dad) who loses all the food, endangers his friends, and hires a bunch of circus bugs expecting them to be trained fighters. Brilliant!  If someone condescended to me with an inspirational ‘pretend this rock is a seed’ moment, I would most likely crack it over their head. But ants have exoskeletons, so no biggie.

Tarzan, Tarzan: A/B
Tarzan doesn’t get enough character development.  Because he doesn’t speak until Jane, her father, and Clayton arrive (and teach him English), a lot of the early time spent with Tarzan is watching him grow up with his jungle friends and family, effectively substituting talented parkour for personality.  There’s nothing wrong with a prince who knows his parkour, but one would hope that there is more to him than that.

Kuzco, The Emperor’s New Groove: A/B
Better than a prince, Kuzco is an emperor.  He has an excellent theme song, spends most of the film as a llama (which is badass, yet adorable) and goes on what is probably the greatest, most madcap Disney adventure.  He starts off quite self-absorbed and egomaniacal, but going over a waterfall changes people.  Another great thing about this film: no overarching romantic plot. Just Kronk. All the time. And yes, if Kronk were a prince he would get an A.  I mean, he makes spinach puffs.

Prince Naveen, The Princess and the Frog: B/C
Prince Naveen is cute and charming, even as a frog, but his dependence on material wealth is worrisome- as is his itinerant irresponsibility and chronic idleness.  Also, having truck with voodoo powers is dangerous, even if you don’t believe.  On the other hand, he does kind of reform through his love for Tiana (But will it last?).  Honestly I would have married the Cajun firefly or the old lady, if I had to choose. Cajun firefly could serenade me every night with ‘Ma Belle Evangeline’ and I would be welcomed into his large firefly family, I can see it now.  Ooooh sweet firefly, why did you have to die? (Spoiler).

Flynn Rider/Eugene, Tangled: A/B
Actually funny, has a great smolder, kind of heroic, and takes a frying pan to the face like no one else. That’s what I look for in a man.

Kristoff, Frozen: C
Forgettable, in that I remember nothing about him but that he had a cute reindeer named Sven, he cuts ice, and there are mountain trolls involved.

People I was sad to not include: WallE, Carl from Up, evil Hans of Frozen fame, Linguine from Ratatouille, Phoebus, John Smith, Kocoum, Kovu.