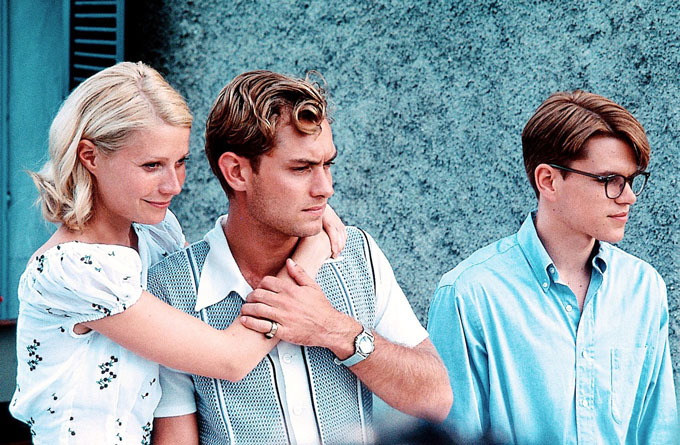 There’s a popular bit of wisdom that holds “the book is always better than the movie”- with which I must respectfully differ.  Many landmark films come from meh reading material (The Godfather, Jaws, Rear Window, Rosemary’s Baby, etc.)
Granted, if you are eagerly awaiting a movie franchise of a book series already beloved, you’re doomed to be disappointed.  It’s hard- if not impossible- to fall in love with someone else’s vision of something when you already have your own.

Many of the books I’ve sought out on the strength of a film have been disappointing.  Frankly, some stories are better suited to print and others seem made to be made into films.

But then there have also been times that I have felt very much rewarded in seeking out a movie’s source material. These books are generally a little different than my usual reading material (well-known and older novels)- in a way that makes them particularly suited to summer.  They’re generally shorter and quicker, a bit less thoughtful, a bit more action-driven.
My favorite books found via their movies are below, and arranged by genre:

Rebecca, Daphne du Maurier: A lot of Hitchcock’s source material is surprisingly bad. This is excellent and was a big part of my reconciliation with rhododendrons, which I used to find really unforgivably messy.  To my disappointment, I haven’t really liked anything else by Daphne du Maurier.

The Talented Mr. Ripley, Patricia Highsmith: This could swing either way. I I hadn’t watched The Talented Mr. Ripley (which also made me want to travel Italy (preferably with Jude Law and if no Jude Law then Matt Damon)) I would have found it by exploring Patricia Highsmith’s oeuvre, because I already had The Price of Salt on my reading list, which I eventually read and ended up loving. However, I ended up watching this gorgeous, suspenseful, and atmospheric film first. And now I’m reading the second book- Ripley Underground (Don’t tell me how it ends!)

The Uninvited, Dorothy Macardle: I was looking for this one for a while before I finally managed to get an old and damaged copy from Yale’s Library network.  I had added it to my book list hoping the book would be as wonderful a ghost story as the 1940s film- it was.

The Lady Vanishes, Ethel Lina White: I just finished this one, which is another instance of my actually enjoying Hitchcock’s source material- and this time for a film I didn’t particularly like.  This book does much more interesting things with the characters- particularly as regards the women. Remember: Hitchcock wasn’t known for not being a misogynist.

Coraline, Neil Gaiman: I’ve written about Coraline a bit already, but I’m not sure that I’ve mentioned it took me two tries to get into it. Gabriella’s recommendation really tipped me over into trying again and I’m so glad. The movie’s creepy, the book’s creepy. It’s hard to put down, the illustrations are eerie and it’s all just great creepy fun.

The Last Unicorn, Peter S Beagle: The Last Unicorn was a movie I watched repeatedly and repeatedly when I was little because I loved (love) horses and magic and obviously the central Venn diagram section of unicorns.  It’s another beautiful high fantasy novel, wonderfully written and with that added bonus of recalling to my mind scenes from a film I hadn’t seen in many years.

Bambi, Felix Salten: I had a weird experience watching Bambi in my attic one New Year’s Eve. It’s kind of dark in the same way the film is, but maybe a bit more so. But also a bit less so because Disney can crush your heart like no one else. Let’s put it this way: it’s more brutal and matter-of-fact, less manipulatively heartrending.

The Ghost and Mrs. Muir, RA Dick: Like The Lady Vanishes, this was another recent read, though it had been a few years since I’d seen the film.  the interplay between the titular characters is frankly what it’s all about and it’s very sensitively written (by a woman writing under a man’s pen name, for obvious reasons (so people would read it)).  While I’ve never had the ghost of an ancient mariner living in my house, there is a lot to resonate in this.  Amazingly the book makes up for the subtraction of Gene Tierney and Rex Harrison. Who would have thought it possible?

The Prime of Miss Jean Brodie, Muriel Spark: This is another one that’s kind of ish-y, since I’d certainly heard of Muriel Spark prior to seeing the film, regardless of whether I was aware that it was she who read TPoMJB.  It’s a good book but I think it’s the one with the greatest difference between my feelings about the movie and the book.  Which may in part be because the acting in the film is so excellent. I mean. Maggie Smith.

The Diving Bell and the Butterfly, Jean-Dominique Bauby: The last ish-y one! In that this was on my film list at the same time as the book was on my to read list. I just happened to watch the film first. (The book is better, it’s more personal, which is really what you want from something like this).

Amadeus, Peter Shaffer: The only play on the list, so quite literally drama.  Amadeus is one of my favorite films ever (I do have a lot of those and some of them may even be on this list) and the play is also remarkable. Equus is also very good. I would love to see this acted.

2 thoughts on “Books Via Movies”