It’s been in some ways an absolutely awful day but I’m still pretty content.  To explain the first part of that, I was fueled by food poisoning sometime around 2 am last night and my stomach is still feeling pretty tender.  On top of that, I wasn’t able to find the perfect plantings for my garden urns.  I’m thinking maybe nasturtiums.
To explain the latter part, it’s the birthday of one of my best friends and I got to see her for the first time in what feels like forever.  And in spite of my relative nausea, hanging out and catching up was lovely.

I’m enjoying Middlemarch, A Quiet Place was fantastic, and seeing the Art in Bloom exhibit at the Museum of Fine Arts yesterday was beautiful and completely brought out my inner elderly white lady.  But what can I say, I love flower shows and I won’t deny it.

I have a scarcity of links this week, and you can decide if that’s good or bad!

Truly, that’s all I have. It’s pretty shameful.

The yoga retreat has been picked!
*drumroll*
RADIANCE SUTRAS FLOW
Man am I ready for some ecstatic dance

I mean, not right now, because I have food poisoning, but in general.

I’m mid-viewing of There Will Be Blood and mid-studying after a kind of abortive trip to Paris.  Never trust weather.com when it predicts no precipitation. Always bring your umbrella.  Because if you don’t it will rain in the morning and snow in the afternoon. 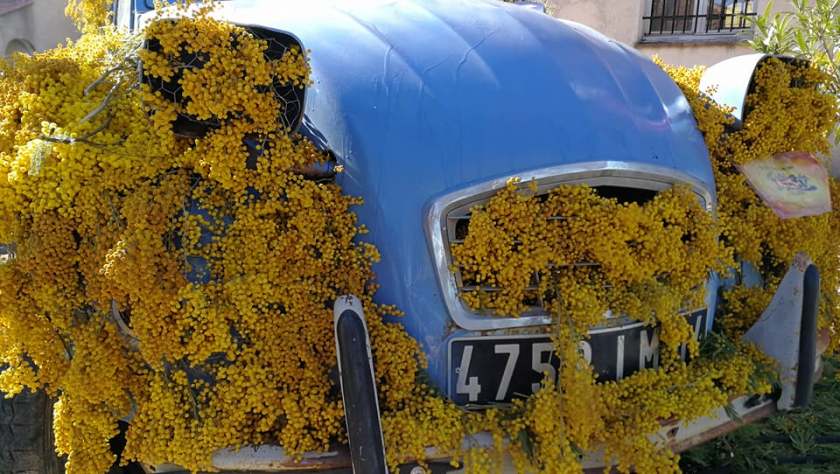 I think the real hallmark of a good pun is when you feel secondhand embarrassment for the person making it.

Today I’m taking a trip in the way way back machine to the three day field trip (+bonus weekend) my class took to Grasse back in February.  Since coming back we’ve had many tests and a two week break, which will maybe explain why I’m only getting to the Grasse lowdown now.

For those who don’t know, Grasse is a region of the South of France instrumental to both the development of the perfume industry and the production of many raw materials today.  IFF, which sponsors my training program, has one of its LMR centers there, which coordinates the production of high quality natural raw materials around the world (including in Grasse).  We’ve smelled many of these materials as part of our course.  Granted, because it was February, there was very little in bloom and not much ready to be harvested- except the mountains and mountains of mimosa, which was absolutely spectacular and perhaps the pivotal experience of our visit.  Not to mention that the city was beautiful, we were lucky with weather, and it wasn’t snowing like it was in Paris and Versailles.  Plus meals were included.

On Day One, we took taxis from our school in Versailles to the Orly airport.  There was a little singing on the ride and some playing of Contact, a game I’m pretty fond of.  Of course, because it was snowing, our flight was delayed by maybe an hour, but it wasn’t too late when we got into Nice airport and I slept on the flight anyway.  We then took a hired bus to our hotel in Grasse, Hotel le Patti, and promptly collapsed in our shared rooms.

Breakfast at the hotel was provided and opened at 6, which was excellent for me because I always wake up too early, even if the breakfast wasn’t too exciting (or at all vegan friendly).  That day we visited the LMR facilities and listened to a talk about their purpose and practice.  We split into two groups for a tour of the factory and the smelling of some raw materials.  Lunch was brought in for us.  Though we had been asked about our dietary requirements (and I identified myself as vegan/vegetarian), the choices were fish and chicken.  Which caused me to have a bit of a hunger panic attack.  After more smelling we left LMR and were left with a free evening.  Somehow (everyone accepted my suggestion based on frantic vegan research) we all ended up at a little Vietnamese restaurant, which was great fun.  Then groups of us splintered off for exploring.

The next day was my favorite.  After another early wake up and early breakfast, I took about an hour to wander around the city of Grasse on my own, which was absolutely beautiful.  I love discovering new cities.  When it was time to leave, we departed for the mimosa harvests.  We visited a small shelter that was housing already harvested mimosa and took an hour’s break for a photoshoot, wine, and nuts.  I may have stolen a lot of leftover cashews.  I may not yet have finished them.  The bus then took us on a tour through the mountains and Tanneron, the mimosa city.  the whole place was covered with blooming yellow puff bubbles.  Lunch was a fiasco similar to that the day before.  This restaurant did make me a special vegetarian meal- unfortunately it was fish.  Struggles.  I had a lot of table bread. After lunch we visited the LMR experimental field to see what was growing and being worked on.  It was definitely not the season for it, but I imagine in later spring and summer it must be very interesting.  We returned to the hotel and once again converged on the same place for dinner (once again a place I had suggested- Achiana, a fantastic Indian restaurant that I very much recommend if you’re ever in the area).  But there was a bit of a SNAFU in the form of a very dramatic house fire that almost entirely blocked the path.  It was an amazing and terrible sight.  After dinner we frolicked in the city and got up to mischief.

Friday was our last day, and the most rushed.  I followed my pattern of the day before of an early breakfast followed by a walk around Grasse.  By the time we left I was starting to get familiar with the area- the city center is pretty small, but very varied in elevation.  We visited the Perfume Museum in Grasse, which was pretty cool but very rushed.  Highlights included a mummy hand, a mummy foot, a toilette case that had belonged to Marie Antoinette, many gorgeous old bottles, and a visit to the greenhouse where we were shown labdanum, among other things, which I was later able to identify when I visited my grandparents in Spain over vacation.  We were given free time for lunch and splintered off in smaller groups for the first time.  I was with a group that had a very splapdash meal at Achiana- because we couldn’t leave Grasse without going back!  But of course we didn’t have time to finish. Thankfully I got to carry some food out to eat later.  We visited the museums gardens after lunch, which were somewhere between Grasse and the Nice airport.  Again, February was certainly not their peak season, but there were a few interesting things to see.

Many of us had decided to stay in Nice for the weekend and made our way to our respective abodes after being dropped off at the airport.  Because I don’t have any notes or a schedule from the weekend, I’ll just rattle off some memorable moments- walking high up to view the city, seeing a beach for the first time in forever, riding the ferris wheel (it was Luis’s first time!), waking up to see the sunrise over the water, and just generally exploring the city.  I have to admit, Nice isn’t really my cup of tea.  My classmate George says it reminds him of Florida, his home state, and that’s pretty accurate to me.

I am indeed more sane today! It’s amazing what a Chipotle burrito can do to pull back together the resolute American spirit.

And as goes my stress- I had my favorite pastry and a beautiful pear for breakfast today, went to the pastel exhibit at Petit Palais that I was looking forward to, bought a few things that I’ve been searching for (for years), and have a classic financier tucked in my desk for breakfast tomorrow (with a persimmon and maybe some chocolate (?).
So what is a classic financier I hear you ask? The almond one. My bakery had a pistachio-chocolate one (half and half), the almond, and a cherry one.  How does one choose?
Well, I like fruit in pastry, but I usually have fresh fruit with my breakfast (I stole an excellent pear from my landlords today) and didn’t want to be outfruitied.  And then I was considering pistachio, but when I got there realized I wasn’t feeling chocolate.  It’s always best to start with the classic anyway.

So life is good.

Here are my links 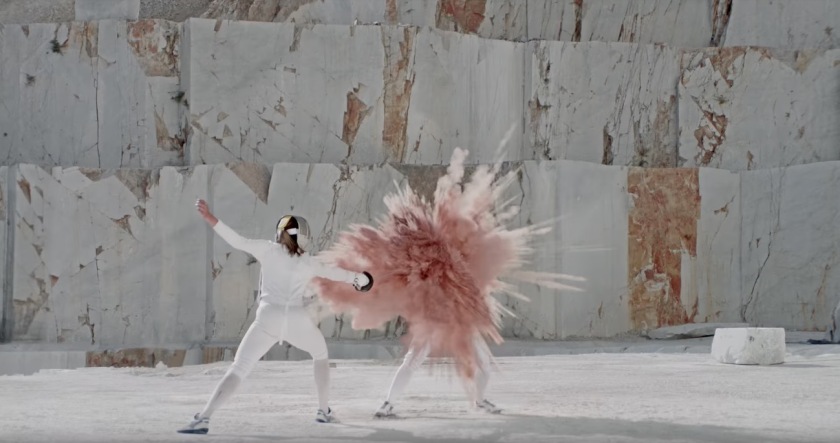 I continue to be in France! That’s it for updates really (for now. stay tuned).

Summer isn’t really saying goodbye until the asters and goldenrod are in full swing.

My plane tickets have been bought- my ticket, really, because as of yet there is no return trip.  A one way trip to Charles de Gaulle.

And I may have watched the last film that I will watch that takes place in my city- the last one before I go. It was Gone Baby Gone.  I love it when films make detours to my hometown to find unsavory people, murder victims, and other desperate characters. My favorite movie trope.
And I’ve decided that Jared Leto and Casey Affleck share a category in my head- creepy and lanky white boy actors who seem to take themselves too artistically seriously and who I don’t want to meet.  Much as I admire Jared Leto’s ability to wear way too much Gucci at once. And much as I admire Casey Affleck’s… nothing really, never mind. END_OF_DOCUMENT_TOKEN_TO_BE_REPLACED