And you know how I feel about Disney.
Which is to say, everything else takes a backseat and your not so regularly scheduled programming will return at a later date (maybe tomorrow?)

So here’s the bracket: 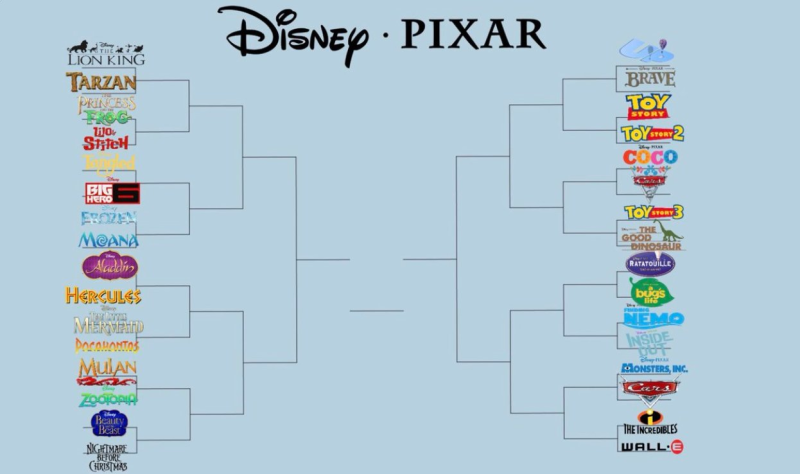 It’s tearing both the internet and my soul apart, so I thought I would share it because misery loves company.
Let’s get down to brass tacks.

Just glad they didn’t put in Peter Pan or Lady and the Tramp because then I might have jumped from the window.

I’m showing off my Disney knowledge again, this time with princes! (You can see my Disney Princess Showdown here!)  Just so you get an idea, on the most recent time-wasting Disney trivia quiz I took (this morning, it has been 0 days since my last stupid quiz) I got 97% (I can’t help it if I didn’t know the voice actor who played Kuzco, expecting too much of me).
It’s harder to rank Disney’s princes because unlike the princesses, they don’t really follow a cohesive pattern from the beginning of animated movie times to the present.  The earliest princes were essentially non-entities who only came around for a quick smooch at the end. Prostitutes, basically.  (I kid)(Kind of.)  And then the later princes come with character development because we stopped feeling so comfortable with marrying people we had just meant and umm…. necrophilia?  So this is just a highly highly subjective “report card” for all of the Disney princes I could think of. Subjective like all grade scales. I’m at university, I know.
(Love the curve, live the curve). END_OF_DOCUMENT_TOKEN_TO_BE_REPLACED