It’s been a weird weekend. And it’s only Saturday. Hopefully grocery shopping is uneventful tomorrow.  One minute you’re sitting on the train and the next you’re disembarking and for some reason your right hip isn’t letting you walk?
Weird stuff.
Pretty sure I’m too young for hip replacement.

SO I was talking to some friends yesterday and said I would send along a list of recommended French films. And SO I figured I would post it since it’s a list.

That said, full disclosure: I haven’t seen every French film ever so this is a superbly and spectacularly incomplete list.

Also kid-focused but not animated:

I’ struggling with categorizing all the rest so I’m just going to throw them at you in one big lump:

Weird stuff that I’m not sure I can recommend:

I saw The Big Sick the day before yesterday! It was pretty good but not as excellent as I was hoping it would be. It’s hard to get a romcom right- I mean it’s hard to make an intelligent romcom.  Without spoilers, a few of the things I found lacking: a number of the best jokes were used in the trailer, and I found myself wishing I hadn’t seen the trailer so I could appreciate the film more.  Kind of says something negative re: rewatchability.
Also, the movie, despite being a romantic comedy, is too much about the male main character, Kumail Nanjiani. Given that the female protagonist is in a coma for the majority of the film (not a spoiler; that’s the premise), it’s an easy hole to fall into. But even when Emily’s parents (Holly Hunter!) show up to stand in for her, the film still leans into being a coming of age story for Kumail Nanjiani (which, he did do a lot to make this film happen, so I can see how it focuses on his experience).  The romantic plot line and family merging took a backseat to his personal development, to the extent that Emily’s coma feels more like a plot device to trigger Kumail’s transformation, rather than the premise of the film.  And even though she’s based on a real person, Zoe Kazan’s Emily  (through no fault of Zoe Kazan’s, who had to spend most of the film being  coma patient) comes across as more manic-pixie-dreamgirl. Probably as a result of the script more than anything else.
But it was a good movie. It was funny and quick, even if it was not as insightful or deep as I was hoping it would be. END_OF_DOCUMENT_TOKEN_TO_BE_REPLACED 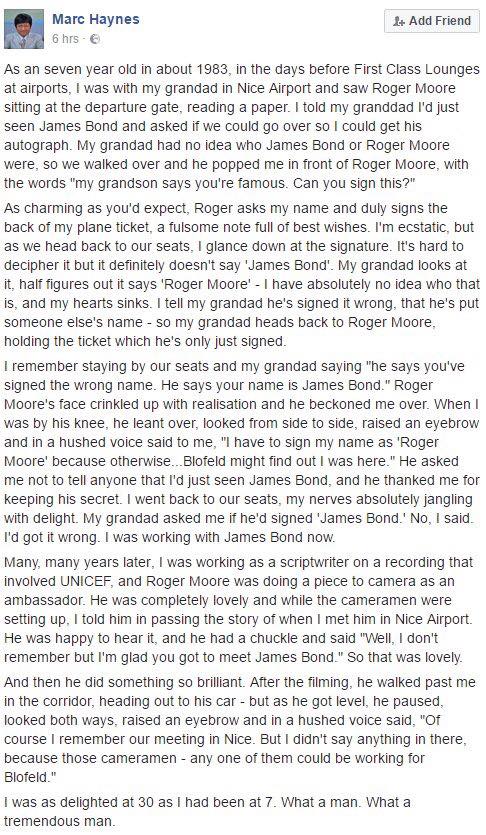 Rest in peace, Roger Moore, who passed away this week. I don’t generally talk about the personages the world loses, but this was such a lovely story I wanted to share it. He sounds like a wonderful man. END_OF_DOCUMENT_TOKEN_TO_BE_REPLACED 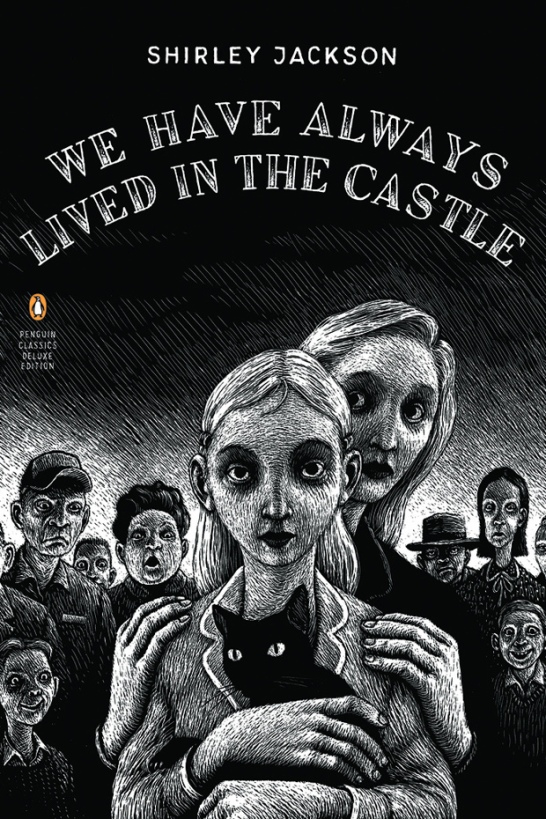 Let’s wrap this one up!  I have something like eight authors to go through on this round (and eight is my favorite number) so let’s get started.

Shirley Jackson:
Namely, her hazy and suspenseful fiction.  You may have read The Lottery, an excellent short story.  You may have been introduced to her, as I was, through We Have Always Lived in the Castle.  There’s a cat in that one.  And a character named Connie (more people should be named Connie).  Funnily enough, a friend who actually asks for and heeds my book recommendations tells me that the Connie in this book reminds him a lot of me. And I’m flattered- which says something about the character but possibly more about me because (spoiler) she’s quite possibly poisoned her family.  Also a girl whose nickname is Merricat, which is kind of freaking awesome.  The Haunting of Hillhouse is also really really good.  And the movie is good but diverges from the book regarding some important plot/character developments- but both are enjoyable and gorgeously atmospheric.  I have to admit that I like her nonfiction less (Raising Demons and Life Among the Savages are about her family life and I think her husband and children sound impossible to live with (and she does too, tbh)) (But also I’m a misanthrope so maybe don’t take my word for it?)  If you’ve disentangled my convoluted parentheses, points to you! END_OF_DOCUMENT_TOKEN_TO_BE_REPLACED