I’ve seen a lot of takes mentioning how this is the second year in a row that no women have been nominated for best director, as though this were the exception and not the rule, as though this has been a troubling new trend and not the actual modus operandi of the academy. Because yes, while Greta Gerwig was nominated two years ago for Lady Bird, you have to go back to 2010 to see another female director nominated (Kathryn Bigelow, “The Hurt Locker”). The Oscars have existed for 92 years, and in that time only 7 women have been nominated (and 6 black people, all men).

The Oscar nominees this year are overwhelmingly white and male, despite a number of excellent films featuring/created by women and POC.

It goes without saying that women and POC face challenges breaking into The film industry (and many many other industries) that aren’t present for white men. And even beyond that, the work of these creators is then judged against a conception of art established by the work of an overwhelmingly white and male canon of classics and an overwhelmingly white and male body of critics. So we call it great art when Scorsese does the same thing as usual but for 40 minutes longer (ditto for Tarantino) but struggle to apply the term to the story of a Chinese-American who returns to China with her family to visit her dying (but unaware of it) grandmother (Lulu Wang, “The Farewell”).

I recently watched a review of Little Women in which the reviewer said that he most enjoyed the parts featuring Timothée Chalamet (sad boy extraordinaire) and Tracy Letts, because, having not had sisters, he couldn’t identify with the rest of the film. I’ve never had a sister. And while Little Women maybe ostensibly, on the most superficial of levels, be about sisters, the film itself is about so much more. It’s hard to understand how anyone could fail to see this. How anyone who can readily identify with a race car driver, a hitman, or a superhero would draw the line at ‘sisters’.
I wish it were only a lack of imagination, because the more sinister (and also more likely) option, is that there are a lot of people who (whether consciously or subconsciously) who don’t want to identify with women or POC, who don’t want to put in the effort to interest themselves in their stories.
So is it lack of practice? You can learn empathy. It’s frightening to think of people with more power not wanting to recognize themselves in people “below them”, not wanting to confront evidence of the humanity of people relatively lacking in that power.

Another reviewer called the inciting incident in Queen & Slim (which, full disclosure, I haven’t seen yet, it’s not out here), in which a black couple on a first date are pulled over by a cop (for no discernable reason) and face the threat of police brutality a “contrivance”. That, with The Hate U Give coming out a year before, Queen & Slim was “redundant”. Police brutality, something that threatens the lives of African Americans every single day, a contrivance. A trope. I clearly have a lot of words, but none can describe how this makes me feel. A black story told more than once is more than enough. A white story told more than once is a classic. Forget that there are people fearing for their lives, people dying. If telling these stories isn’t at least part of what art is for, then what good is our art?

So I know I’m not a critic, and I know no one cares, but I’m rooting for Bong Joon-Ho and Parasite. But neither of those are bets I would place. Todd Phillips shouldn’t have been nominated, Lupita Nyong’o being passed over for her dual role in Us is a disappointment, but they would have just kicked out Cynthia Erivo (the only black best actress nominee, “Harriet”). I would have liked to see Eddie Murphy nominated, and would have been happy with another Best Director nomination for Gerwig, although my personal choice would have been Céline Sciamma (“Portrait de la jeune fille en feu/Portrait of a Lady on Fire”).

By all means do some research or do a quick Google, but here’s a short list of films directed by women that I think should have gathered Oscar consideration, that I enjoyed, that told different stories, and/or that I’m hoping to see:
Portrait of a Lady on Fire, The Farewell, Hustlers, Little Women, (and the following which I haven’t seen) Atlantics, A Beautiful Day in the Neighborhood, Birds of Passage, Honey Boy, Little Woods, Queen & Slim, The Souvenir, Tigers are Not Afraid.
And I’m sure I’m leaving some off.

The logistics of searching for directors based on race is harder, but the main additions to those listed above are Parasite and Us, as well as a number of the international films. Partial credit to Dolemite is my Name for telling a black story with a lot of input from Eddie Murphy, even with a largely white team.

I understand that focusing on this in a world shared by bushfires in Australia, political assassination in the Middle East, earthquakes in Puerto Rico, late capitalism, etc. is… questionable, but despite my ongoing efforts to educate myself, I still feel more qualified to talk about films than retaliatory violence against student protestors in India (for now). I also feel that if the work of women and POC continues to get less praise and make less money (in any sphere), the fewer opportunities these people will get. People will be less willing to support their work when it does get made. And back to the beginning, ad infinitum.

Due to a weekend-trip hiatus (NYC was great, thanks), this links post is a bit later than usual.  Coincidentally, many of these links seem to have a bit of an LGBTQ theme.
Happy Pride!

Let’s get the smell stuff out of the way first:

Happy Friday and Happy Mother’s Day weekend!
Do you have any plans?
In a few hours we (my parents and I) will be going up to Belfast, Maine to spend the weekend with my Aunt Susan and Bill, whose mother owns an alpaca farm.  There will be alpaca shearing, vegan food, and tactful discussions about Infinity War without mentioning to movie fan Bill (it’s so nice to be around other movie fans) that I never plan to see it.

I’ve been reading a lot, falling behind on the films I have checked out from the library, gardening for hours a day, and enjoying the springly weather. I also cooked some interesting pancakes yesterday so that  have foods when I return next week. I will report back.

What’s happening on the worldwide web?

After a short hiatus that coincided with finals period and stress and projects, I am back in the US of A and home in Boston where there are cats and vegan food and gardens that need working it.

And a smallish backlog of links.

I hope you had a lovely Saturday. I took a forty minute detour to claim a vegan cinnamon roll, visited the Louvre’s special Delacroix exhibition, and ate a pizza (also vegan).
Keep an eye open for an upcoming ‘best vegan pizzas in Paris’ post. The sequel to the Boston edition- we’ve relocated.

So here’s what’s happening on the interwebs, carefully avoiding the trend for snorting condoms.

My links are 3 days late and I haven’t been posting but GUESS WHY !
I’ve been on a field trip. 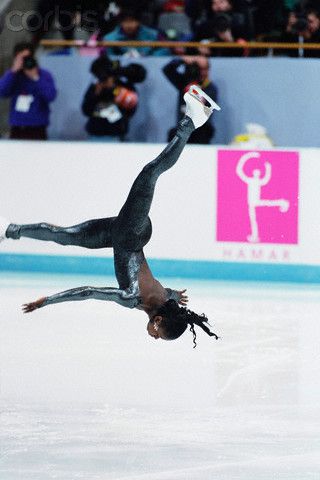 Happy New Year’s (Eve) depending on where you are!

This is the last selection of links for the year of 2017, and it’s a blessedly short one.

Do you have New Year’s plans? It’s been bitterly cold here in Boston and will continue to be so tonight, so my evening looks like a cuddly warm stay at home affair. If I manage to stay up past 9:30. Jet lag. It’s still real.