Thank you, Variety.com for the easy copy-paste job. I think I wrote these out by hand when I did this post last year and I remember it being kind of exasperating.
Also different from last year: This is only thought son the nominations, no predictions- yet.

Best Picture:
“Call Me by Your Name”
“Darkest Hour”
“Dunkirk”
“Get Out”
“Lady Bird”
“Phantom Thread”
“The Post”
“The Shape of Water”
“Three Billboards Outside Ebbing, Missouri”
Overwhelming emotion: excitement at seeing Get Out on this list. It’s really rare for horror/genre films to be recognized, and this film- a social criticism/horror by a black director and starring a black actor- is at once a daring departure from form for the academy but also the most Oscar-baity of horror films they could possibly choose (not a bad thing, just a recognition of the self-consciously politically charged /significant/ nature of the film and the symbolism-charged details).  I’m not one of those people who feels that other genre films (like The Last Jedi, Wonder Woman, or Logan) should be on this list. The only film on this list that I haven’t seen at this point is Phantom Thread, but I’m really looking forward to that experience. Because fashion, Daniel Day-Lewis, and tense romance.  I don’t necessarily think Darkest Hour and The Post deserve their spots on here.  Both include some capital A Acting by academy favorites, so their you go.  Courtesy nominations, IMO.  The Post was serviceable. The Darkest Hour was kind of bland, excepting Gary Oldman’s athletic emoting and fat suit wearing channeling of Winston Churchill (did that sound snide? It was supposed to).  I don’t think there are any real snubs, but I’m surprised I, Tonya didn’t make it on. Given that the academy favors biopics, the interesting (and successful) choices re: fourth-wall breaking, and the recognition of the two main actresses in best actress and best supporting actress categories.  The Big Sick I guess could have been on here. I feel a bit take it or leave it though, so I wouldn’t call either of those a snub. Or you could throw in Mudbound.

Lead Actor:
Timothée Chalamet, “Call Me by Your Name”
Daniel Day-Lewis, “Phantom Thread”
Daniel Kaluuya, “Get Out”
Gary Oldman, “Darkest Hour”
Denzel Washington, “Roman J. Israel, Esq.”
Same as last paragraph, I continue to have not seen Phantom Thread, but generally nominating DDL is a safe bet in my book (his success rate is higher for me than Meryl Streep’s) but I’ve also not seen Roman J. Israel, Esq. I don’t really plan to either. I’ve heard that it’s a not very good movie elevated by an excellent performance from Denzel Washington.  But given that DW (Haha, Arthur flashback) isn’t really my cup of tea, all the more reason to skip it.  Do I feel like James Franco was snubbed? Nah.

Lead Actress:
Sally Hawkins, “The Shape of Water”
Frances McDormand, “Three Billboards Outside Ebbing, Missouri”
Margot Robbie, “I, Tonya”
Saoirse Ronan, “Lady Bird”
Meryl Streep, “The Post”
This is all pretty good with me, although yes, I do stand by Meryl Streep’s being either a courtesy nomination or further evidence for her deal with the devil. (No, I’m not a Trumpian who thinks she’s over-rated. She’s amazing. But The Post is over-serious. And I feel like the tide may be turning away from the self-aggrandizing film, the aggressively act-y actor, etc.

Supporting Actor:
Willem Dafoe, “The Florida Project”
Woody Harrelson, “Three Billboards Outside Ebbing, Missouri”
Richard Jenkins, “The Shape of Water”
Christopher Plummer, “All the Money in the World”
Sam Rockwell, “Three Billboards Outside Ebbing, Missouri”
I didn’t very much like The Florida Project, finding its naturalistic depiction of poverty and essential child neglect a little too close to home and also too boring. But Willem Dafoe did do good work in it, so there’s that. But I wouldn’t necessarily have him in here.  I would also take out Christopher Plummer for All the Money in the World (cup of salt, it’s a film I haven’t seen), but I guess it is a fair remuneration for his jumping in for a heavy shooting schedule to replace Kevin Spacey’s scenes in a very limited space of time. So go you CP (sorry for all the abbreviations, I’m guiltily taking a break from studying and feel like I should hurry). I don’t feel like Armie Hammer was snubbed for Call Me By Your Name. He was good but I also found his character to be an annoying, condescending, egotistical pedant who could have been remarkably well-played by any number of guys I knew at Yale.  It’s a shame Michael Stuhlbarg couldn’t have been nominated for any of the three impressive supporting roles he had this year (in The Shape of Water, The Post, and Call Me By Your Name).  None of them was a HUGE standout, but I feel like he deserves kind of recognition for all-around hard work in a Hufflepuff kind of way. Go you, MS! I would maybe have put in Michael Shannon for his work in The Shape of Water as the the villainous, sinister, and really creepy Richard Strickland. Free the Michaels.

Supporting Actress:
Mary J. Blige, “Mudbound”
Allison Janney, “I, Tonya”
Lesley Manville, “Phantom Thread”
Laurie Metcalf, “Lady Bird”
Octavia Spencer, “The Shape of Water”
YESSS, MJB, I see you! Mudbound was pretty good and her work in it was excellent. In a largely overlooked film, I’m glad she was one of the few aspects recognized. I didn’t manage to see Phantom Thread since I started writing this post, so let’s keep that in mind as we continue. We’ve got three mom figures of varying degrees of good mom-ness (None as good as my Mom, obviously), and I’d like to put into the running a third mom-figure, which I think may be the most significant snub of this year’s Oscar race. Holly Hunter in The Big Sick. Watch this scene and then if you disagree you can fight me. I’ve heard some say that Tiffany Haddish shook have been nominated for her role in Girls Trip. Can’t weigh in because I very much do not enjoy raunchy comedies.

Director:
“Dunkirk,” Christopher Nolan
“Get Out,” Jordan Peele
“Lady Bird,” Greta Gerwig
“Phantom Thread,” Paul Thomas Anderson
“The Shape of Water,” Guillermo del Toro
I find it kind of hard to believe that this is Christopher Nolan’s first nomination for Best Director (because honestly he should have gotten one for The Dark Knight but it’s a genre film so…). Excited to see Jordan Peele and Greta Gerwig on here, both for their directorial debuts. And The Shape of Water may have had some troubling underlying issues, but I’m happy to see GdT on this list, as he continues to be a favorite of mine. Spielberg wasn’t nominated for The Post which is a (in my book welcome) surprise.

Animated Feature:
“The Boss Baby,” Tom McGrath, Ramsey Ann Naito
“The Breadwinner,” Nora Twomey, Anthony Leo
“Coco,” Lee Unkrich, Darla K. Anderson
“Ferdinand,” Carlos Saldanha
“Loving Vincent,” Dorota Kobiela, Hugh Welchman, Sean Bobbitt, Ivan Mactaggart, Hugh Welchman
I’ll say the obvious, which is that this is Coco’s to lose.  I haven’t seen any of the others with the exception of Loving Vincent, which was gorgeous but also annoying, poorly thought out, and kind of induced some motion sickness. I’m debating whether I should watch Boss Baby. 1) It looks like it might be good in a terrible kind of way. 2) I feel like I should maybe see it high. 3) The title reminds me of Donald Trump.
I remember reading the Breadwinner/Parvana’s Journey in fifth grade, so that’s going on my ‘to watch’ list. I’m pissed that they took another of my favorite simple children’s books and turned it into an overloaded film (throwback to The Lorax), but can we also recognize that Kate McKinnon’s (unnecessary and additional) goat character actually… looks a whole lot like Kate McKinnon? This sin’t meant to offend. We all have a little goat in us and Kate McKinnon is all around a gorgeous and hysterical woman/person.
I wish Your Name was on here. Such a beautiful anime film, but it’s not included because, though it was released in the US in 2017, it’s actual release date was in 2016. Do check it out. It’s lovely and I cried and I don’t cry often. At films. 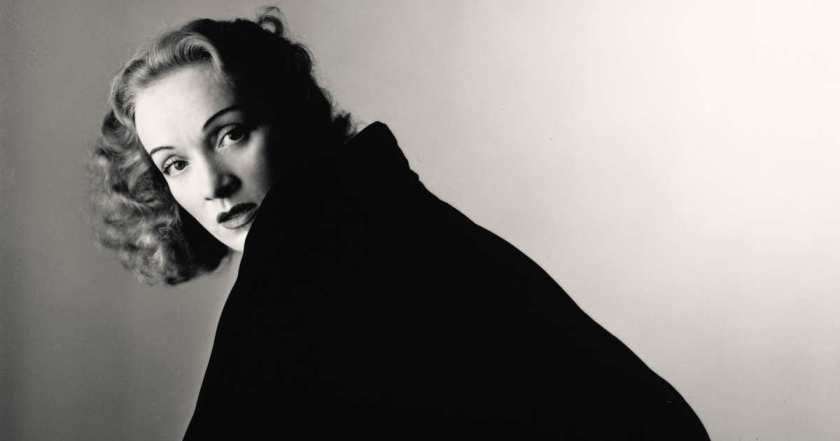 Lots of links, though! END_OF_DOCUMENT_TOKEN_TO_BE_REPLACED 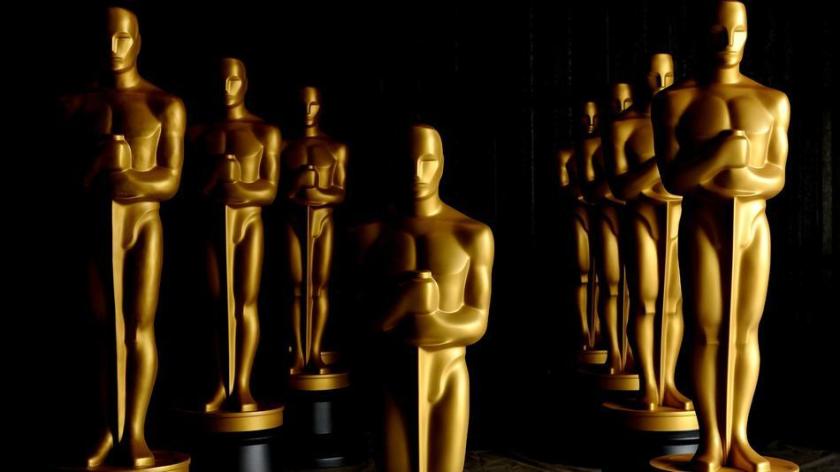 I know I already did this post, but I think I got a bit ahead of myself. And now Ive at last seen all of the big Oscar films (with a few exceptions, which will be detailed below).

And now, your daily update on my health, because I love sharing. I worked too hard yesterday and I’m feeling it today. My throat is worse and I’ve pain in my sinuses.  It never ends. I probably won’t be able to make it to Senior Masquerade tomorrow, which is a great sadness, because I have a beautiful mask that I rarely get to wear. Few occasions to wear beautiful masks, unfortunately. And I won’t get to see Lily wearing the mask I bought her in Venice, which is another Great Sadness.

Le sigh. I know I’m not a big one for going out and partying these days, but I would appreciate the choice, you know? And an evening inside is not nearly so nice when you’re sick.

Anyway, onto movies. I watched Shyamalan’s Split last night.  Despite the positive reviews I thought it was pretty much poop.  I’ve seen all of the big Oscar films now except Fences (I had to read the play in high school with a not very pleasant teacher and I don’t want to re-experience it) and Silence (because I can’t find it anywhere).

So in pink I’m putting the film I think will win, and in purple, the film(s) I want to win. END_OF_DOCUMENT_TOKEN_TO_BE_REPLACED